Upgrading a kitchen is one of the most common rooms that undergoes significant change. When designing a new kitchen, it is not just the style or shape of your kitchen you need to think about but just as important is the electrics.

There are many things to think about, for example; the positioning of the sockets, under cupboard lighting, pop up sockets, triangle of white goods for power, hot tap, extractor fan and more.

The kitchen has its own ring main because there are so many appliances involved.   The cooker will also have its own radial circuit as they draw so much power, especially induction hobs.  If appliances are fitted under worktops, reaching the sockets may be difficult if you need to turn them off.   They should be controlled by a switched fuse connection unit mounted above the worktop where you can reach it easily.

Items to consider in your kitchen plan and whether they will be integral:

Socket outlets and switches should be preferably mounted on the building fabric and not the kitchen furniture.  Cooker control switches, extractor fan, switched fused connection unit should not be mounted so it is necessary to lean over gas or electric hobs for their operation. Accessories should be installed a minimum of 300mm from the edge of kitchen sinks and draining boards to reduce the risk of being splashed.  Socket outlets should be positioned so that water may not drip from plumbing on to them.  Cooker hoods should be 600m to 700m  above the hob. 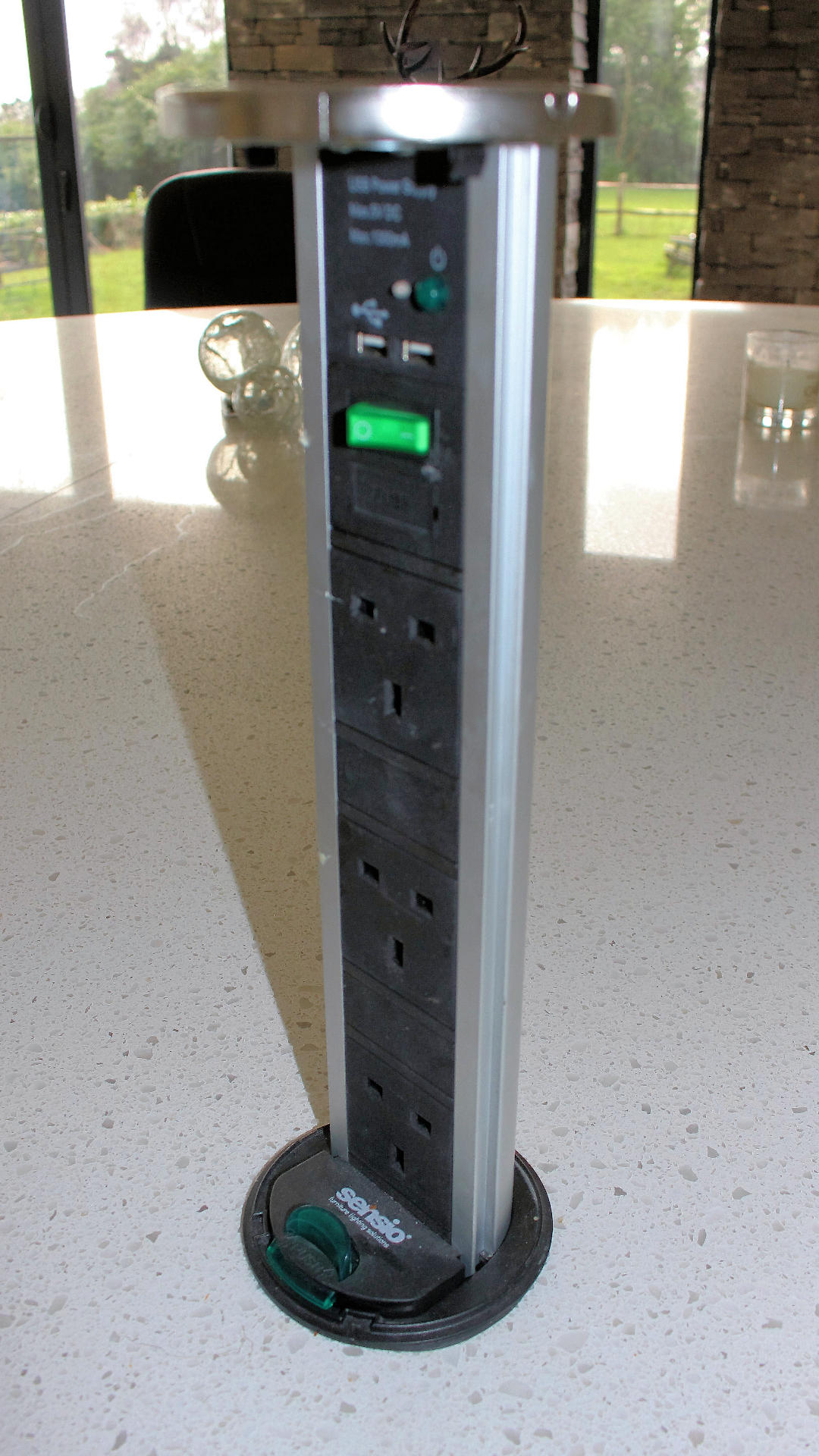